Patrick does a good job of explaining his life of crime, as well as his work with the IRA. Lots of name dropping and places in South Boston. Read full review

I have read most of the books on "Whitey" Bulger and his associates(Brutal,Rat Bastards, Black Mass, Street Enforcer) and had heard Patrick Nee mentioned here and there. I finally got a hold of this ... Read full review

Patrick Nee was a major player in Boston’s infamous Irish mob. At fourteen he became associated with the gang that would later battle Whitey Bulger for rights to Southie’s criminal activities. When his younger brother was gunned down in the streets, Pat knew he was capable of killing for a cause, successfully hunting Peter’s killer and leaving him for dead. A Marine veteran of Vietnam, Pat helped the Irish Republican Army smuggle money, guns, and munitions out of the United States. He served nearly two years in prison for the seven tons of weapons he attempted to transport aboard the Valhalla, received early parole, then promptly attempted to rob an armored car in order to raise funds for the IRA. He served nine years for this conviction. Today he works as a day laborer and spends time with his two daughters and grandchildren.

Richard Farrell won the du Pont-Columbia Award for Excellence in Broadcast Journalism in 1996 for his film High on Crack Street. As an independent journalist he covered the war in Bosnia during the early 1990s. He has directed several award-winning films and written articles for the Boston Globe and numerous other publications. He lives in southern New Hampshire with Melissa Hardy and their two children, Siobhan and Aidan Farrell.

Michael Blythe, like his good friend Pat Nee, is a lifelong South Boston resident who served in the U.S. Marine Corps. He is a screenwriter and father of six. 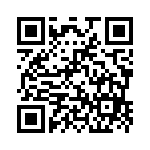