ANDREW JACKSON AND HIS INDIAN WARS

A reasoned consideration Old Hickory's Native American policy, from the man who probably knows more about Andrew Jackson than anyone alive today.Although Jackson is well known for his war against the ... Read full review

Many Americans today tend to lay the sole blame for the Indian removals of the 1830s on the shoulders of Andrew Jackson. Award-winning historian and Jackson biographer Remini argues that this is a ... Read full review

Robert V. Remini, professor emeritus of history & the humanities at the University of Illinois at Chicago, won the National Book Award for his three-volume biography of Andrew Jackson. He is the author of numerous books on American history, including "The Battle of New Orleans" & biographies of Henry Clay & Daniel Webster. 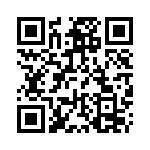