Philip J. Haythornthwaite is a military historian and author. He has written over 40 books including The Napoleonic Source Book and The Armies of Wellington. 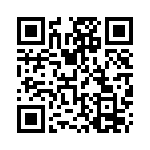