The best history out there on the Army of the Potomac. It is a literate and wide-ranging look at the history of that Army. It also pulls few punches. More than most Civil War history, it drifts into the social and political realms, vice the purely military. Read full review

The Army of the Potomac series chronicles the story of that army from its beginnings under George B. McClellan through its various commanders, to its use as the chief instrument in the defeat of ... Read full review

7 other sections not shown

Bruce Catton, whose complete name was Charles Bruce Catton, was born in Petoskey, Michigan, on October 9, 1899. A United States journalist and writer, Catton was one of America's most popular Civil War historians. Catton worked as a newspaperman in Boston, Cleveland, and Washington, and also held a position at the U.S. Department of Commerce in 1948. Catton's best-selling book, A Stillness at Appomattox, a recount of the most spectacular conflicts between Generals Grant and Lee in the final year of the Civil War, earned him a Pulitzer Prize and National Book Award in 1954. In 1977, the year before his death, Catton received the Presidential Medal of Freedom, the nation's highest civilian honor, from President Gerald R. Ford, who noted that the author and historian "made us hear the sounds of battle and cherish peace." Before his death in 1978, Catton wrote a total of ten books detailing the Civil War, including his last, Grant Takes Command. Since 1984, the Bruce Catton Prize was awarded for lifetime achievement in the writing of history. In cooperation with American Heritage Publishing Company, the Society of American Historians in 1984 initiated the biennial prize that honors an entire body of work. It is named for Bruce Catton, prizewinning historian and first editor of American Heritage magazine. The prize consisted of a certificate and 2,500 dollars. 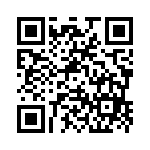