Since Holly's death, countless films and books have perpetuated his memory and evolved into myth. Dispelling the myths and concentrating on Holly's importance to the history of rock'n'roll, Amburn's ... Read full review

Ellis Amburn was born in Texas on August 2, 1933. He graduated from Texas Christian University in 1954. He worked as a reporter-researcher at Newsweek before becoming a book editor at Putnam, where he edited John le Carré and Jack Kerouac. Amburn was also an editor-in-chief at Delacorte and William Morrow. He worked as a ghostwriter with Priscilla Presley, Shelley Winters, Zsa Zsa Gabor, and Sammy Davis, Jr. He wrote several biographies including Buddy Holly: A Biography, Dark Star: The Roy Orbison Story, The Sexiest Man Alive: A Biography of Warren Beatty, Subterranean Kerouac, and Pearl: The Obsessions and Passions of Janis Joplin. He died after a long illness on August 18, 2018 at the age of 85. 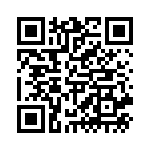