Gosh - what a man! Utterly fascinating! For better or worse - larger than life ... Read full review

MacCarthy is a superb biographer, but in the book she seems to be making much ado about nothing. Benita Eisler's book had already stolen MacCarthy's thunder when she revealed the extent of Byron's ... Read full review

Fiona MacCarthy was the Royal Society of Arts Bicentenary Medallist for 1986. She is an honorary fellow both of the Royal College of Art and of the Nineteenth Century Studies Centre at the University of Sheffield. Her controversial life of Eric Gill, published in 1989, established her immediately as an authoritative, serious yet eminently readable biographer, and her William Morris won the Wolfson History Prize and the Writers' Guild Non-fiction Award for 1995. 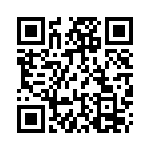