Robert Ballard was born in Wichita, Kansas, in 1942, and was educated at the University of California at Santa Barbara, the University of Hawaii, the University of Southern California, and the University of Rhode Island, where he received his Ph.D. in 1974. Part explorer, part geologist, part oceanographer, and part marine engineer, Ballard has worked at the Woods Hole Oceanographic Institute in Falmouth, Massachusetts, since 1969. He is currently director of the Center for Marine Exploration there. Ballard is perhaps best known to the general public in connection to the luxury liner Titanic. Ballard organized and participated in the expedition that discovered the ship in 1985. More important, however, is his work in designing underwater survey vehicles and in participating in dives to explore the ocean floor. His work in marine design and engineering, in particular, has led to a dramatic increase in the scope of deep-sea exploration. In the 1960s, Ballard helped develop the Alvin, a deep-sea, three-man submersible equipped with a remote controlled mechanical arm for collecting specimens from the ocean floor. The device played an important role in mid-ocean studies, including exploration of the Mid-Atlantic Ridge and dives to the Cayman Trough, a 24,000-foot-deep gash in the ocean floor south of Cuba. Ballard was part of the Galapagos Hydrothermal Expedition in 1977, which discovered and investigated deep-sea thermal vents spouting mineral-rich water from volcanic cracks in the Earth's crust. In the 1980s, Ballard helped develop the Argo-Jason unmanned submersible system, the most advanced craft of its kind. Argo is a 16-foot submersible vehicle and Jason is a self-propelled robot tethered to Argo. The search for the Titanic was undertaken as a test of the Argo-Jason system; the success of the expedition demonstrated its capabilities and, according to Ballard, "ushered in a new era of undersea exploration." The author of several bestselling books on deep-sea exploration, Ballard also contributes regularly to National Geographic and other magazines and he has produced several videotapes of deep-sea expeditions. His reputation as a "science populizer" has prompted harsh criticism from some of his scientific colleagues. In 1985, Ballard was one of four scientists awarded a Secretary of the Navy Research Chair in Oceanography, an award that carries with it an $800,000 grant for oceanographic research. 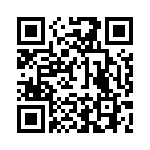