Coote's book contains an interesting discussion of the way in which the Victorians edited the history of Drake to conform with their need for heroic early founders of the British empire. He makes ... Read full review

Stephen Coote was educated at Magdelene College, Cambridge and at Birkbeck College, University of London. He is the author of several acclaimed biographies including lives of Charles II, W. B. Yeats, John Keats and, most recently, Samuel Pepys: according to the SUNDAY TELEGRAPH, 'A subtle and intelligent portrait, not just of the man, but of the volatile political milieu in which he moved.' 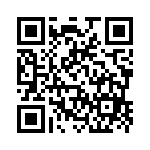