Review: The Encyclopedia of Mysterious Places

Robert R. Ingpen was born in Geelong, Australia on October 13, 1936. He began studying illustration and book design at The Royal Melbourne Institute of Technology. He has written and/or illustrated more than 100 books including versions of The Wind in the Willows, The Jungle Book, A Christmas Carol, and Treasure Island. In 1986, he was awarded the Hans Christian Andersen medal for his contribution to children's literature. 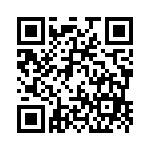