XPLAINING HITLER:THE SEARCH FOR THE ORIGINS OF HIS EVILS BY RON ROSENBAUM takes the reader back to the beginning; Hitlers grandmother, a servant girl perportibly raped by her Jewish employer. Hitlers ... Read full review

Ron Rosenbaum's work has appeared in Harper's, the New York Times Magazine, the New Yorker, the Atlantic, the New York Observer and Slate. He is the author of Explaining Hitler: The Search for the Origins of His Evil and The Shakespeare Wars: Clashing Scholars, Public Fiascoes, Palace Coups. 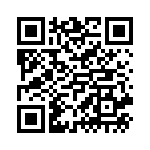