45 other sections not shown

Bernard W Sheehan is Professor emeritus of history at Indiana University and past editor of the Indiana Magazine of History. 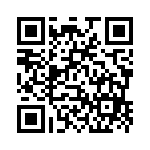