Marshall Grant played bass and served as road manager and stage manager for Johnny Cash from the beginning until 1980. Following his career with the Man in Black, he managed the Statler Brothers until their retirement in 2004 and currently manages the solo career of Statler Brother Jimmy Fortune. He lives in Hernando, Mississippi, with this wife, Etta.

Chris Zar is a longtime friend of the author who, with her husband, Al, promoted Statler Brothers concerts for fifteen years. 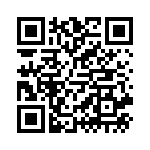