George C. Daughan holds a Ph.D. in American History and Government from Harvard University. He spent three years in the United States Air Force during the Vietnam War. He taught at the Air Force Academy and was also director of the MA program of international affairs there. Subsequently, he held a professorship at Connecticut College, and also taught at the University of Colorado, the University of New Hampshire, and Wesleyan University. He now resides in Portland, Maine. 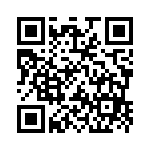