Arlene Gaal was born and raised in a coal-mining town in south-eastern BC; she is a teacher by profession and author/journalist by choice. In 1968 she and her husband Joe and three children moved to Kelowna, a city located on Okanagan Lake in central BC and home to the famous Ogopogo. To her, it was Canada's Hawaii because of the exquisite scenery and comfortable climate. A curiosity-seeker at heart, Arlene soon began tracking the many sightings of the creature in Okanagan Lake. Her search led her to the first film footage taken of the animal, the Folden film, which she purchased. Her first book, Beneath the Depths, was launched in Kelowna in 1976. Soon after that, Alan Landsburg Productions from Los Angeles, arrived to shoot the very first program about Okanagan Lake, In Search of Ogopogo, and Gaal worked alongside the crew as a consultant. This was the beginning of a continuing relationship with television crews from around the world and interviews with major newspapers. Arlene Gaal became the reporting station for sightings of Ogopogo, and as the years progressed the accumulated data would easily fill a moderate-sized room. Not only did she document the sightings, but she made certain that any film, video or still photos taken did not go astray as they were filed for historical preservation. By 1984 it was time for Gaal to write another book, and Hancock House released Ogopogo, the Million Dollar Monster. Interest in the unknown is never without controversy and the Chaplin video footage presented one of the more difficult periods in Ogopogo research. The TV program, Unsolved Mysteries paid $30,000 for the material as critics offered their explanations for the video. In 1990-91, Nippon TV from Tokyo, requested Arlene's presence as a consultant for two productions shot on Okanagan Lake. Helicopters, Deep Rover submersibles and a remote operating vehicle were part of an intensive search for the elusive creature. Nippon crews did not go home disappointed as video footage and sonar readings captured what could only be explained as Ogopogo. Gall was present for both productions. In 1999, crews worked with Gaal on numerous programs: tow separate crews arrived from Germany; Fortean TV from London aired a production if Feb 1998, and crews from LA, aired a documentary on Ogopogo for the Learning Channel in the latter part of 1998. Gaal was also in consultation with script writer Barry Authors and producer Kim Todd regarding a year 2000 motion picture to be filmed on Ogopogo. Arlene Gaal moves into the millennium with In Search of Ogopogo: Sacred Creature of the Okanagan Waters as her greatest achievement yet. New photos, film footage and untold stories are featured in the book, with Ogopogo once again front row center. Arlene Gaal was awarded a lifetime honorary membership to the BC Cryptozoology Society and continues her hands-on interest, whenever opportunity arises. She still lives and works in Kelowna, BC with her daughter Laurie and three grandchildren. Husband Joe died suddenly December 25, 1986, and her oldest son Joey was murdered while a guest at Ocean View Hotel in Pattaya, Thailand, April 30,1989. Son David lives with his wife Miyuki in Fukuoka, Japan. Gaal continues to write a weekly column for the Kelowna Daily Courier as she has done for the past twenty-four years and is presently completing a book on her son's murder investigation. 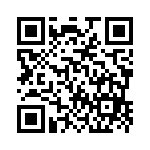