A showcase, in effect, for the attractive personality and deep-held convictions of octogenarian Milton Eisenhower—with little of the zest, acumen, or substantive interest of his memoir The President ... Read full review

Stephen E. Ambrose (1936–2002) was the author of many books on American history, including Undaunted Courage: Meriwether Lewis, Thomas Jefferson, and the Opening of the American West and Citizen Soldiers: The U.S. Army from the Normandy Beaches to the Bulge to the Surrender of Germany, June 7, 1944 to May 7, 1945, as well as Duty, Honor, Country: A History of West Point, which was also published by Johns Hopkins. He was the founder of the National D-Day Museum, in New Orleans. Richard H. Immerman is the Edward J. Buthusiem Family Distinguished Faculty Fellow in History and the Marvin Wachman Director of the Center for the Study of Force and Diplomacy at Temple University. He is the author and coauthor of many books on American history, including John Foster Dulles: Piety, Pragmatism, and Power in U.S. Foreign Policy and Waging Peace: How Eisenhower Shaped an Enduring Cold War Strategy. 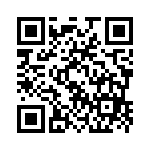