This book is really a reference book, meant to be dipped into. Still, in a moment of homesickness I decided to read it through. The book is arranged by river basin, so you can explore a region. It's ... Read full review

John Hairr is an award winning writer and historian who has written extensively about the history and lore of the southeastern United States and the Caribbean region. His writings have covered a wide range of topics, including wild rivers, shipwrecks and extinct wildlife. A member of the Outdoor Writers Association of America, his work has appeared in numerous publications including Mercator's World, South Carolina Wildlife and Fortean Times. 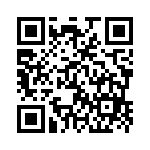