Fascinating brief analyses of the personalities who were responsible for the worst military disasters in history. Just a little bit dated, in the Freudian part (1976 edition in paperback). Read full review

After ten years' commission in the Royal Engineers, during which time he was wounded ('largely through my own incompetence'), Professor Dixon left the Army in 1950 and entered university where he obtained a first-class degree in Psychology. He received the degrees of Doctor of Philosophy in 1956 and Doctor of Science in 1972, and in 1974 was awarded the University of London Carpenter Medal 'for work of exceptional distinction in Experimental Psychology'. He held an honorary doctorate from the University of Lund.

His other books include: Preconscious Processing, Subliminal Perception: the nature of a controversy, which was described by Professor George Westby as 'one of the most substantial works of British psychology of recent years', and Our Own Worst Enemy, which New Society praised as 'an elegant play on man's chaotic nature...diverse and arresting'. 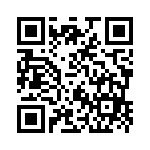