Douglas MacArthur was born on January 26, 1880 in Little Rock, Arkansas. He graduated with top honors from the U. S. Military Academy in 1903 and became an engineer officer. He first toured the Orient as his father's aide before serving as the aid to President Theodore Roosevelt. He became the Army's first public relations officer. From 1919 until 1922, he was the Superintendent of West Point. He was then given the position of command of the Philippine Department, which was followed by his appointment to Army Chief of Staff in 1930, a post he held for five years. He stepped down in 1935 to serve as Chief Military Advisor to the Philippine Government until 1941, when he was called in to command troops in the Philippines. He left the Philippines for Australia after failing to hold against the Japanese. He served as Supreme Commander of the Southwest Pacific and led a combined force of American and Australian forces to retake islands seized by Japan in the beginning of the war. He reconquered the Philippines in 1945. He was promoted to Supreme Commander of Allied Forces. He accepted the surrender of Japan on September 2, 1945. During the Allied occupation of Japan, he demilitarized the country and implemented a policy of social, economic and political reform. After the war, he made a bid for the Republican Presidential Nomination in 1948 but did not receive it. In June of 1950, he was named UN Commander of Forces when North Korea invaded South Korea. He forced the Communist North Koreans out of South Korea, all the way to the Chinese border. At this point, China sent troops into Korea. He wanted to expand the fight to include China, and criticized both the politicians and his fellow generals for their lack of initiative. Because of his unveiled criticism, President Harry S. Truman relieved MacArthur of his command in April of 1957. He retired from the Army and became Chairman of the Board of Remington Rand Corporation. He died of biliary cirrhosis on April 5, 1964 at the age of 84. 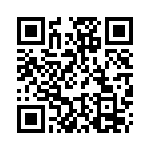