In Savage Kingdom: The True Story of Jamestown, 1607, and the Settlement of America, Benjamin Wooley writes, “One of the great questions of history, which it is the purpose of this book to consider ... Read full review

One of my favorite historical writers. This book is very well researched. The brutal truth of the passages can make a body a tad queasy at times, but definitely gives one a fantastic warts-and-all picture of all the historical figures we tend to reverence without knowing anything about them. Read full review

Benjamin Woolley is an award-winning writer and broadcaster. He is the author of the best-selling The Queen's Conjuror: The Life and Magic of Dr. John Dee and Heal Thyself: Nicholas Culpeper and the Civil War for the Heart of Medicine in Seventeenth-Century England. His first book, Virtual Worlds, was short-listed for the RhÔne-Poulenc Prize and has been translated into eight languages. His second work, The Bride of Science, examined the life of Ada Lovelace, Lord Byron's daughter. He has written and presented documentaries for the BBC on subjects ranging from the fight for liberty during the English Civil War to the end of the Space Age. He has won the Arts Journalist of the Year Award and an Emmy for his commentary for Discovery's Three Minutes to Impact. He lives in London. 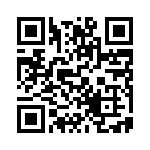