Well, the title says it all. Very readable non-fiction about women who ruled in varying capacities in the hundreds of years before Queen Elizabeth I. While this was a good book, my excessive ... Read full review

This book examines the lives of four “would be” queens of England prior to the reign of Elizabeth I. Of course Queen Mary (elder half-sister of Elizabeth) was the first female ruling monarch of ... Read full review

Helen Castor is a medieval historian and a Bye-Fellow of Sidney Sussex College, Cambridge. Her book, Blood & Roses, a biography of the fifteenth-century Paston family, was longlisted for the Samuel Johnson Prize in 2005 and won the English Association's Beatrice White Prize in 2006. Her second, She-Wolves, was made into a major BBC TV series. Joan of Arc: A History is her latest published book. She lives in London with her husband and son. 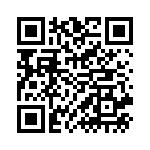