I see that this book's reviews are not unmitigated 5 stars. I cannot understand this. I fail to perceive how any book could possibly give a more full and rounded picture of the man, his philosophy and ... Read full review

When first published in 1975, this book was a radical rethinking of the life of Shelley, whom the author saw, through the prism of the 60s, as a kind of 19th century flower child. A generation later, it is not dated. Read full review

33 other sections not shown

Richard Holmes is Professor of Biographical Studies at the University of East Anglia, and editor of the Harper Perennial series Classic Biographies launched in 2004. His is a Fellow of the British Academy, has honorary doctorates from UEA and the Tavistock Institute, and was awarded an OBE in 1992.

His first book, 'Shelley: The Pursuit', won the Somerset Maugham Prize in 1974. 'Coleridge: Early Visions' won the 1989 Whitbread Book of the Year, and 'Dr Johnson & Mr Savage' won the James Tait Black Prize. 'Coleridge: Darker Reflections', won the Duff Cooper Prize and the Heinemann Award. He has published two studies of European biography, 'Footsteps: Adventures of a Romantic Biographer' in 1985, and 'Sidetracks: Explorations of a Romantic Biographer' in 2000. His most recent book 'The Romantic Poets and their Circle' was published by the National Portrait Gallery in 2005. He lives in London and Norwich with the novelist Rose Tremain. 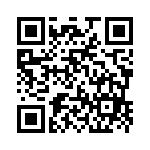