Richard Holmes is the author of Shelley: The Pursuit (published by NYRB Classics), which won the Somerset Maugham Award in 1974; Coleridge: Early Visions, winner of the 1989 Whitbread Book of the Year award; Dr Johnson & Mr Savage, which won the 1993 James Tait Black Prize; and Coleridge: Darker Reflections, which won the 1990 Duff Cooper Prize and Heinemann Award. His other works include Footsteps (1985) and Sidetracks (2000). He is a Fellow of the Royal Society of Literature and was awarded the Order of the British Empire in 1992. He is also a professor of biographical studies at the University of East Anglia. He lives in London and Norwich with the novelist Rose Tremain. 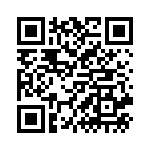