A former British soldier named Townrow returns to Port Said, Egypt in 1956 after being summoned by his friend's widow. She's convinced her husband, Elie Khoury, was murdered. Once in Egypt Townrow's ... Read full review

It is always interesting to read Booker winners but I have rather mixed feelings about this one (the first). At face value it reads like a comic picaresque dream story, a confusing narrative set in ... Read full review

P. H. Newby (1918-1997) was an English novelist and broadcasting administrator. His first novel, A Journey into the Interior, was published in l946. He was awarded the Somerset Maugham Prize in 1948, and he was the first winner of the Booker (now Man Booker) Prize - his novel Something to Answer For received the inaugural award in 1969. 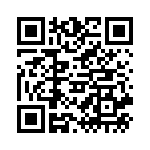