This book is not quite what the title suggests, though no doubt that final subtitle was chosen to sell more copies. It is a studied and human view of the man and operations of a rather unconventional ... Read full review

Sean Longden is, in the words of the Guardian, "a rising name in military history, and is able to uncover the missing stories of the Second World War." He is the author of three previous books which retell the history of the second world war: Dunkirk: The Men they Left Behind, uncovers the lives of the 41,000 who were left behind in May 1941; Hitler's British Slaves, reveals a new perspective on the harsh realities of life in Nazi POW Camps; To the Victor the Spoils explores what life was really like in the allied ranks from D Day to VE Day. 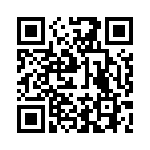