CLARENCE EDWARD NOBLE MACARTNEY (September 18, 1879 - February 19, 1957) was a prominent conservative Presbyterian pastor and author, and one of the main leaders of the conservatives during the Fundamentalist-Modernist Controversy in the Presbyterian Church in the U.S. He was born in Northwood, Ohio to John L. McCartney, pastor of the Reformed Presbyterian Church of North America in Northwood and professor of Natural Science at Geneva College. He graduated with a degree in English literature from the University of Wisconsin-Madison in 1901, from the Princeton Theological Seminary in 1905, and was ordained to the pastorate of the First Presbyterian Church of Paterson, N.J. In 1914 he accepted a call from Arch Street Presbyterian Church in Philadelphia. He began broadcasting his sermons on the radio and gained a reputation as Philadelphia’s foremost preacher. In 1927, he took up a new pastorate at the First Presbyterian Church of Pittsburgh, regularly drawing 1200-1600 worshippers on Sunday mornings. His Wednesday evening sermons formed the basis of two books: Things Most Surely Believed (1930) and What Jesus Really Taught (1958). In 1936 he became president of the League of Faith and continued to preach his conservative message in sermons, which he disseminated in pamphlets and over 40 books. He was a frequent preacher on college campuses in the following decades. He died at Geneva College in 1957, aged 77.

JOHN GORDON DORRANCE (June 14, 1890 - March 22, 1957) was an American author and publisher. He was born in Camden, New York, the eldest of three sons, to Daniel James Dorrance and Edith Lillian Turner. He founded the Dorrance Publishing Company in Pittsburgh, Pennsylvania in 1920. He was the author of several books, including Story of the Forest (1916), Contemporary Poets (1927), an anthology of 50 contemporary poets, and Ten Commandments for Success (1947). He died in Philadelphia, Pennsylvania in 1957, aged 66. 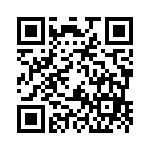