Jonathan Goodman, considered to have been Britain's leading crime historian, died in January 2008. After service in the RAF, he began his career in the theater, working first as a stage manager and then as a producer. While with the theater in Liverpool, Goodman, who had already written a crime novel and the entertaining Bloody Versicles (reprinted in the United States by The Kent State University Press, 1993), an anthology of rhymes in crime, researched the celebrated case of William Wallace, who was convicted in 1931 of the murder of his wife Julia. The Killing of Julia Wallace (1969) was a great success, and Goodman's career took off. The Kent State University Press has published Goodman's The Passing of Starr Faithfull (1996), Tracks to Murder (2005), and Murder on Several Occasions (2007). 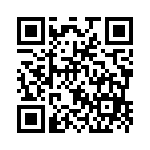