7 other sections not shown

GARY DEAN BEST is a Professor of History at the University of Hawaii at Hilo./e He has published a number of books, including Pride, Prejudice, and Politics: Roosevelt versus Recovery, 1933-1938, and FDR and the Bonus Marchers, 1933-1935, both with Praeger. 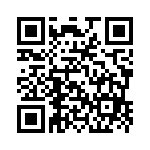