THE GLADIATORS: History's Most Deadly Sport

An unapologetic look at the blood-soaked rituals that marked Roman social life for centuries. Frustrated by historians who wag their fingers at Rome for sponsoring a uniquely lethal form of mass ... Read full review

The gladiators: history's most deadly sport

It is refreshing to read a work on such a significant Roman institution that does not cater completely to Hollywood. In fact, prior to addressing film's representations in his last chapter, Meijer ... Read full review

FIK MEIJER is a Professor of Ancient History at the University of Amsterdam and is the author of Emperors Don't Die in Bed. His next book will be a study of Rome's charioteers. 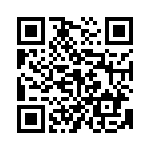