The last campaign: how Harry Truman won the 1948 election

Dewey defeats Truman! claims Karabell (Architects of Intervention) in this engaging narrative of the 1948 presidential election. It was the final contest in which voters could choose from four ... Read full review

Zachary Karabell was educated at Columbia and Oxford, and at Harvard, where he received his Ph.D. in American history in 1996. He is the author of What's College For? The Struggle to Define American Higher Education and Architects of Intervention: The United States, the Third World, and the Cold War, 1946-1962. He has taught at Harvard, the University of Massachusetts at Boston, and Dartmouth. His essays and reviews have appeared in the Los Angeles Times, Salon.com, Boston Globe, The Nation, Washington Post, Foreign Policy, Smithsonian Magazine, and The Christian Science Monitor. 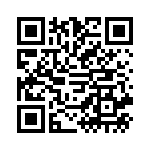