This particular book was recommended to me by two friends. I have not read the book yet. I havent had it very long. Read full review 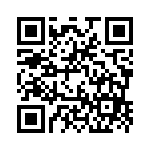