Rebecca Fraser, daughter of noted British historian Lady Antonia Fraser, is the author of The Story of Britain, which has been described as "an elegantly written, impressively well-informed single-volume history of how England was governed during the past 2000 years." A reviewer and broadcaster, her previous work also includes a biography of Charlotte Brontë which examined her life within the framework of contemporary attitudes to women. Rebecca Fraser was President of the Brontë Society for many years. 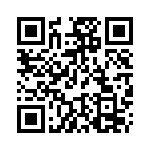