A long college term paper that reflects the author a bit too much. Read full review

The Punic wars: Rome, Carthage, and the struggle for the Mediterranean

The Punic Wars, which lasted from 264 to 146 B.C., transformed Rome from a small, loosely aligned federation into a Mediterranean superpower. It's a story worth retelling, but because the wars ... Read full review

Sir Nigel Bagnall was born in India in 1927. He joined the British Army in 1945 and served in Palestine, Malaya, Borneo, the Canal Zone, Cyprus, Singapore, and Germany. He ended his distinguished military career as Chief of the General Staff in London and went on to become an Honorary Fellow of Balliol College, Oxford. He died in 2000. 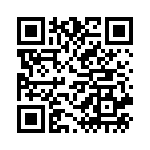