Ali Riaz is a Distinguished Professor of Political Science at Illinois State University, USA. He also holds the Thomas E Eimermann Professorship. Riaz previously worked as a Broadcast Journalist at the British Broadcasting Corporation (BBC) in London and served as a Public Policy Scholar at the Woodrow Wilson International Center for Scholars at Washington D.C. His publications include Bangladesh: A Political History since Independence (2016). 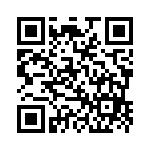