This Book has tons of information but it is also kinda sad but i started it so i could learn my Haitian heritage. be warned there is a little bit of inappropriate stuff but i love it.

Robert Debs Heinl and Nancy Gordon Heinl, both writers and historians, lived in Haiti from 1959 to 1963. Robert Heinl was Chief of the U.S. Naval Mission to Haiti until he was declared persona non grata by François Duvalier. He retired from the Marine Corps in 1964 and wrote a nationally syndicated newspaper column until his death in 1979. Nancy Gordon Heinl is an independent writer and journalist who has written extensively on black history and voodoo. Born in London, she came to the United States in 1933. Michael Heinl received his B.A. from Johns Hopkins and an M.B.A. from the University of California, Los Angeles. He is an international business consultant in Washington, D.C. 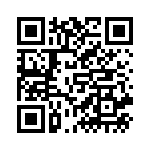