Ian Knight is regarded as a leading authority on the history of the nineteenth-century Zulu kingdom and the 1879 Anglo-Zulu War, and is the author of "Brave Men's Blood,"

Ian Castle is an experienced historian who is a member of the Napoleonic Association, the Victorian Military Society and is a consultant for the Anglo Zulu War Historical Society. Ian began writing more than ten years ago and, besides contributing numerous articles to military journals, he has written ten books, five of which are in the Osprey Campaign series The author lives in London, UK. 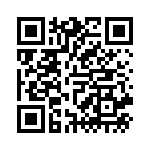