This was a really, really long book. It definitely took some commitment to finish it, more because it was a non fiction book, and there was no plot to distract me. However, I was able to get a clear ... Read full review

About the Editor
Christopher C. De Santis is Associate Professor of American and African American Literature at Illinois State University in Normal. He is also the editor of The Collected Works of Langston Hughes, Volume 10, Fight for Freedom and Other Writings on Civil Rights.

About the Author
Langston Hughes was one of the most influential and prolific writers of the twentieth century. 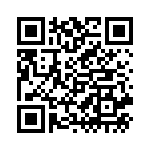