Marilynn Hughes founded 'The Out-of-Body Travel Foundation' in 2003 (Mission - Reduce Spiritual and Physical Hunger Worldwide). Marilynn has written 75+ books, 40 magazines and around 15 CD's on Out-of-Body Travel and Comparative Religious Mysticism. These books, along with accompanying music and art, are all available for free download. Marilynn has experienced, researched, written and taught about Out-of-Body Travel and Mysticism since 1987 and has appeared on innumerable radio and television programs to discuss her thousands of out-of-body experiences. She is featured in the documentary film 'The Road to Armageddon' which was released in the Fall of 2012 and has been included in 'The Encyclopedia of the Unseen World, ' (By Constance Heidari, Red Wheel Weiser) in 2009 and 'Extra-Planetary Experiences: Alien Human Contact and the Expansion of Consciousness, ' by Dr. Thomas Streicher in 2012. Marilynn was invited to speak at the 2014 Conference for Consciousness and Human Evolution nine Global Scientists, Humanitarians and Mystics are invited to London to speak about the evolution of human consciousness; Marilynn has been the object of a Scientific Study on Out-of-Body Experiences and a subject in a Scientific Study on XPE, Extra-Planetary Experiences. Dr. Rudy Schild, Professor Emeritus Astrophysics Harvard and Editor of the Journal of Cosmology, and Marilynn Hughes have co-authored a chapter which will be included in the upcoming book, 'The Change, ' by Jim Britt and Jim Lutes. http: //outofbodytravel.org/reviewsandbio.html, http: //outofbodytravel.org/appearances.html, https: //www.facebook.com/pages/The-Out-of-Body-Travel-Foundation-Traveling-at-the-Speed-of-Light/136172106452268, https: //www.linkedin.com/profile/view?id=28563110&trk=nav_responsive_tab_profile 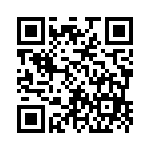