Chekov was an astoundingly prolific author, “publishing as many as one hundred and sixty-six stories between 1886 and 1887 while practicing medicine.” He’d been writing for magazines, newspapers, and ... Read full review

Translations of Chekhov's work have been reviewed before in these pages. The concern now, as then, is the ease with which a particular translation can be voiced by the actor. Director, writer, and ... Read full review

Anton Chekhov was born on January 29, 1860 in Taganrog, Russia. He graduated from the University of Moscow in 1884. Chekhov died of tuberculosis in Germany on July 14, 1904, shortly after his marriage to actress Olga Knipper, and was buried in Moscow.

Laurence Senelick is the Fletcher Professor of Drama and Oratory at Tufts University and author of more than a dozen books, including the award-winning The Chekhov Theatre and The Changing Room: Sex, Drag, and the Theatre. He is director of his own translations of Gogol's The Inspector General (1998) and Euripides' The Bakkhai (2001). 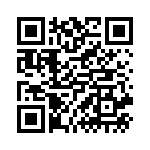