Page 142
The king would not deny him this , so the soldier took out his tinder box and struck fire , once , twice , three times , —and there were all the dogs ! The one with eyes like saucers , the one with like mill- stones , and the one whose ...
Page 282
And David put his hand to his bag , and took thence a stone , and slang it , and smote the Philistine in his forehead , that the stone sunk into his forehead ; and he fell upon his face to the earth . So David prevailed over the ...
Page 470
So Antonia took the puppy with one brown ear like Nellie's , and Leopoldo took the biggest puppy , and Julio took the one with the curly hair , and Alberto took the one with brown spots , and Rosita took the littlest one . 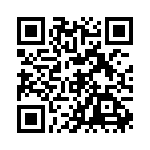