Page 187
Further , the Senators from any particular State do not always represent the complexion of the predominant party in ... a Democratic President , two Republican Senators still represented her in their capacities to obstruct her will .
Page 189
Again , the House of Peers represents aristocracy , which is on the wane , the tendency of a Senate is to represent plutocracy , which is on the rise ; not as is often thought so much in the persons merely of wealthy men , but , what is ...
Page 377
To speak in the language of the world , then , they represent a “ plant or “ investment ” which is of use for , say , a twentieth part of the working time of most men , and I suppose that fraction about represents the amount of thought ... 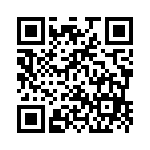