Henry Steele Commager was born in Pittsburgh, Pennsylvania on October 25, 1902. He was educated at the University of Chicago. He taught history at New York University, Columbia University, and Amherst College. In addition to lecturing at many universities throughout the world, he was Harmsworth Professor at Oxford University and Pitt Professor at Cambridge University, where he was also an honorary fellow at Peterhouse College. His writings range widely over such topics as education, the Civil War, civil liberties, the Enlightenment, and immigration. Many of his books reflect his keen interest in constitutional history and civil liberties. He was also a documentarian, who has said to consider Documents of American History (1934), the 1988 edition of which he coedited with Milton Cantor, to be his most significant contribution. He died on March 2, 1998.

Richard Brandon Morris (July 24, 1904 - March 3, 1989) was an American historian best known for his pioneering work in colonial American legal history and the early history of American labor. Morris received his B.A. degree from City College in 1924. He attended Columbia Law School and at the same time earned his Ph.D. degree in history at Columbia University. His dissertation, published by Columbia University Press as Studies in the History of American Law, with Special Reference to the Seventeenth and Eighteenth Centuries (1930), still defines the research agenda for historians working on early American law. Morris taught at City College until in 1946 he was named to the faculty of Columbia University, after having published his massive and definitive Government and Labor in Early America (1946). 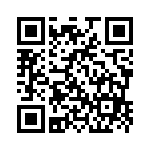