The epic story of the the contentious publisher and fervent conservative who, along with William Randolph Hearst, was a model for Orson Welles's Citizen Kane. In its heyday, writes Smith (Patriarch ... Read full review

Robert R. McCormick, longtime owner and editor of the Chicago Tribune during the first half of this century, makes today's media barons seem bland. The likes of Ted Turner and Rupert Murdoch could ... Read full review

Richard Norton Smith is director of the Robert J. Dole Institute of Politics at the University of Kansas. His other books include Thomas E. Dewey and His Times (Simon and Schuster, 1982), a finalist for the 1983 Pulitzer Prize; and Patriarch: George Washington and the New American Nation (Mariner, 1997). Smith is also a regular participant in the roundtable discussions on The News Hour with Jim Lehrer, so he has visibility on public television. 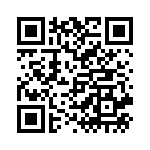