Page 10 - ... sun lanterns and stars lacquer the wide sky. he's never seen a daffodil nor does Pecos flow like Avon, yet this marvelous boy manned of language visions his landscape whole. jackrabbits graced as unicorns roam these lines where mesquites laurel their prickly legend, and dust, sun, stars metaphor his universe full of bad typing, worse spelling, and overcome by poetry sick of paltry passions, I find these lifting craft to heaven's gate and rmging by his sight.
Appears in 4 books from 1997-2005
Page 9 - In this period literature was witnessing harmonious blending between the old and the new, the east and the west, and the traditional and the modern.
Appears in 9 books from 1873-2005
More
Page 6 - We learned to follow the example of our neighbors and turn the plates, glasses and cups upside down when setting the table for meals. We learned almost all that we ever did know about practical living from our friends on the high prairies of Texas.
Appears in 3 books from 1956-2006
Less 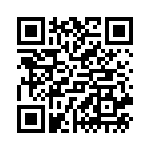