To be frank, I haven’t read any of the previous three of Jeffery Burton Russell’s books which together comprise a “history of the Devil” from antiquity through the twentieth century. I started at the ... Read full review

Mephistopheles: the Devil in the modern world 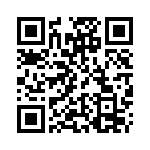