Page 81
Wherefore that field was called , The field of blood , unto this day . Then was
fulfilled that which was spoken by Jeremy the prophet , saying , And they took the
thirty pieces of silver , the price of Him that was valued , whom they of the children
of ...
Page 193
And it came to pass that on the eighth day , they came to circumcise the child ;
and they called him Zacharias , after the name of his father . And his mother
answered and said , Not so ; but he shall be called John . And they said unto her ,
There ...
Page 518
IT T is not lawful for any man to take upon him the office of public preaching , or
ministering the Sacraments in the Congregation , before he be lawfully called ,
and sent to execute the same . And those we ought to judge lawfully called and
sent ... 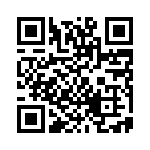