PEGGY SAMUELS and HAROLD SAMUELS are writers living near Tucson, Arizona. Their books include Frederic Remington: A Biography and Remembering the Maine 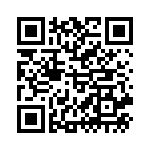