Page 293
Kennedy carped into his diary that in his passion for war , FDR would stop at
nothing short of “ complete violation of the law . ” a Deep inside Kennedy's
Embassy was young code clerk named Tyler Kent , who saw the secret
messages ...
Page 294
In an effort to stop it , Kent took home copies of the Roosevelt - Churchill
messages and shared them with a secret agent named Anna Wolkoff , who had
ties to Nazis and Italian Fascists . Descendant of an old Virginia family , Kent had
big ...
Page 698
garet Truman , Where the Buck Stops , p . 14 . “ Don't ever be an Alice ” : Harry
Truman to Margaret Truman , Apr. 22 , 1950 , Truman Papers . ور “ One of the
greatest ” : Merle Miller , p . 187 , Margaret Truman , Where the Buck Stops , pp . 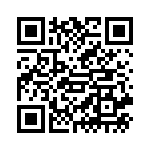