Page 63
Motion pictures of the Panama Canal, and other construction work, have shown
how, in a single charge, 10,000 or 20,000 pounds of dynamite have been
exploded- But in the near vicinity of Chicago there are a number of large stone
quarries ...
Page 64
In the northern part of the southern Northern Wisconsin, and Northern Minnesota,
lie iron ranges which comprise the Lake Superior district, the greatest iron ore
producing region in BURNING THIRTY-THREE HUNDRED POUNDS AT A ...
Page 501
Last year seventeen 225-pound shotes were finished on blue-grass, having
access to the self-feeder, or cafeteria, ... They chose a balanced ration, for the
entire time, with such nicety that they gained 1.75 pounds daily and fattened so
rapidly ... 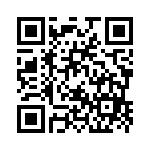