Page 116
—Then answered one of the lawyers , and said unto him , Master , thus saying
thou reproachest us also . 45 And one of the doctors of the law , who happened
to be present , observing that in this last woe Jesus mentioned the scribes , who ...
Page 340
—And some of the Pharisees from among the multitude said unto him , Master ,
rebuke thy disciples . 39 And some of the proud and envious Pharisees , who
were among the multitude as spies rather than friends , were much offended at
the ...
Page 465
Away with every unjust thought and reasoning ( with whatever artifice it be
excused , with whatever honourable name it be dignified ) that would represent
him as a rigorous and severe master , 24 and produce a servile dread , which
would cut ... 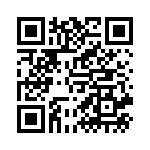