Page 160
Harding was born in November 1865 ; Durbin ten months later in September
1866 . Perhaps Durbin knew the ... In a similar vein , Harding grew up amid
hurtful rumors that his ancestors included African Americans . In Blooming Grove
, the ...
Page 168
of the Harding family . The point of the Journal article was clear : " The answer to
this conspiracy , this plot , is that its base allegations ARE A LIE . Warren G .
Harding has the blood of but one race in his veins — that of the white race — the
...
Page 171
fired by the College of Wooster , he set about to complete a book , The Illustrated
Life of President Warren G. Harding . Daugherty learned of the project and sent
government agents to investigate . In the presence of a Post Office inspector and
...

James D. Robenalt received his J.D. from the Ohio State University School of Law and is a partner in a major law firm in Cleveland, Ohio. He began his research for this book after his mother's death in 1990. 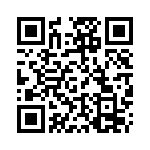